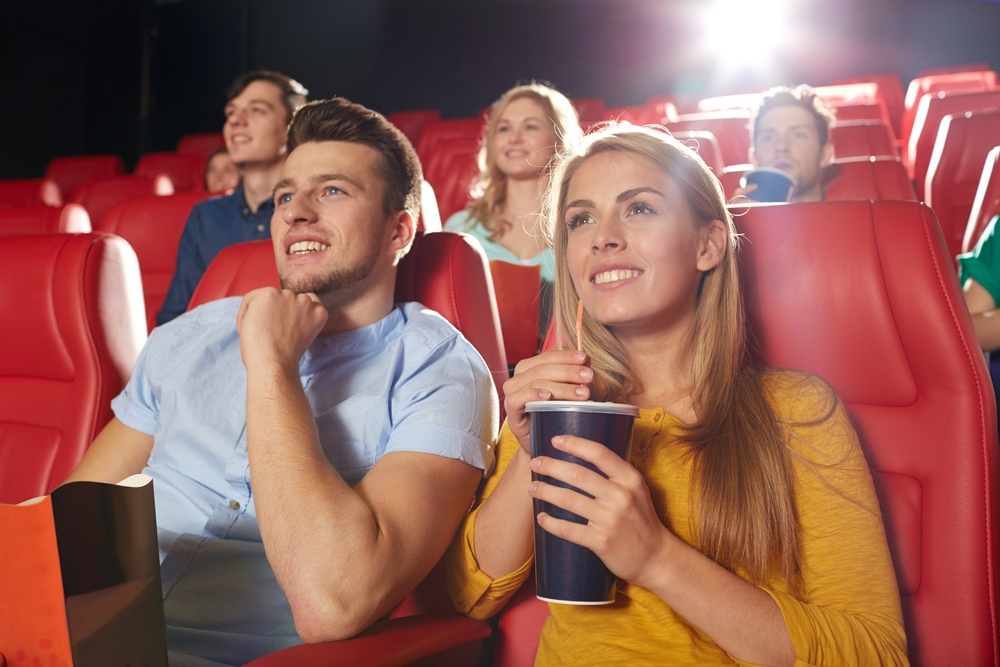 Watching films in their original version helps not only to get distracted from daily activities but also improve your language skills. At On-Español we are constantly looking for ways to get our Spanish students to apply what they’ve learnt and practice the language while doing something they enjoy! Watching Spanish movies in original version can be a challenge, but you can always adapt the activity towards your level:

One way or the other, we guarantee you’ll learn lots of new vocabulary and improve your understanding. Whether you are a drama, fantasy or action fan below you’ll find a full list of films for you to watch:

This is a great fantasy film anchored in the reality of war. Set in 1944, Ofelia and her mother move into a small town where the mother’s husband, a cruel fascist, has been appointed. The girl gets involved in a world of fawns and fantasies, while the captain murders on the flimsiest excuse. Two opposite worlds that bring together the real and unreal through a visually stunning film. Directed by Guillermo del Toro, it’s a must watch.

2. THE SEA INSIDE (MAR ADENTRO)

“The factual story of Spaniard Ramon Sampedro, who fought a thirty-year campaign in favor of euthanasia and his own right to die”. This is the type of movie that leaves you debating with your own self even after it is over. Directed, written, edited and scored by Alejandro Amenabar, it touches you from the very first images, and doesn’t leave your eyes and your heart to rest until the last credits.

Based on a true story, The Impossible is the story of a Spanish family that during their holidays in Thailand is caught in the destruction and aftermath of a tsunami. Even though it was originally filmed in English, the director is Juan Antonio Bayona, a Spanish director. In On Espanol we encourage you to watch it dubbed and afterwards watch some real interviews that the family has given after the chaotic event. An outstanding story of survival, strength and resilience.

Is a 1999 Spanish film directed by José Luis Cuerda. The film focuses on Moncho, a young boy, and his coming-of-age experience in Galicia in 1936. The kid develops a close relationship with his teacher Don Gregorio, who introduces the child to different things in the world. While the story centres on Moncho’s ordinary experiences, tensions related to the looming Spanish Civil War periodically interrupt Moncho’s personal growth and daily life. The acting is superb and the script is a brilliant Spanish Affair.

Definitely for those of you who’ve already achieved a high level of Spanish! This movie allows you to listen to different accents and enjoy a very Spanish sense of humor. Spanish affair is about Rafa, a guy from Andalucia that has never left Seville since he’s got there everything he wants. Everything changes when he meets a girl that resists his charms: Amaia. With his mind set on winning her heart, he moves to Vascongadas, where he pretends to be basque and adopts several Basque surnames.

If you are into action and thrillers, then this is probably your type of movie! The story of two men on different sides of a prison riot — the inmate leading the rebellion and the young guard trapped in the revolt, who poses as a prisoner in a desperate attempt to survive the ordeal. Captivating from the very beginning, this movie will awaken all of your senses while practicing your Spanish.

Are you a fan of “True Detective”? In that case, this movie was probably made for you. Set in the year 1980. Two ideologically opposed homicide detectives from Madrid are sent to a forgotten town on the Guadalquivir Marshes to investigate the disappearance and murder of two teenage girls during the town’s festivities. Together they will have to overcome their differences and face the heartless killer that has been murdering teenagers in the town for years. According to critics, this movie is one of the best Spanish films of 2014.

Comedy movie about three cousins who travel to the village where they spent summer vacations as kids. A Hillarious film that will help you improve your slang vocabulary while having a great time.

So… made up your mind yet? We can’t wait to hear what you think! Become a movie critic and write a small review on the movie you watch (in Spanish, of course!) and email On-Español or post it on On-Español’s Facebook page.